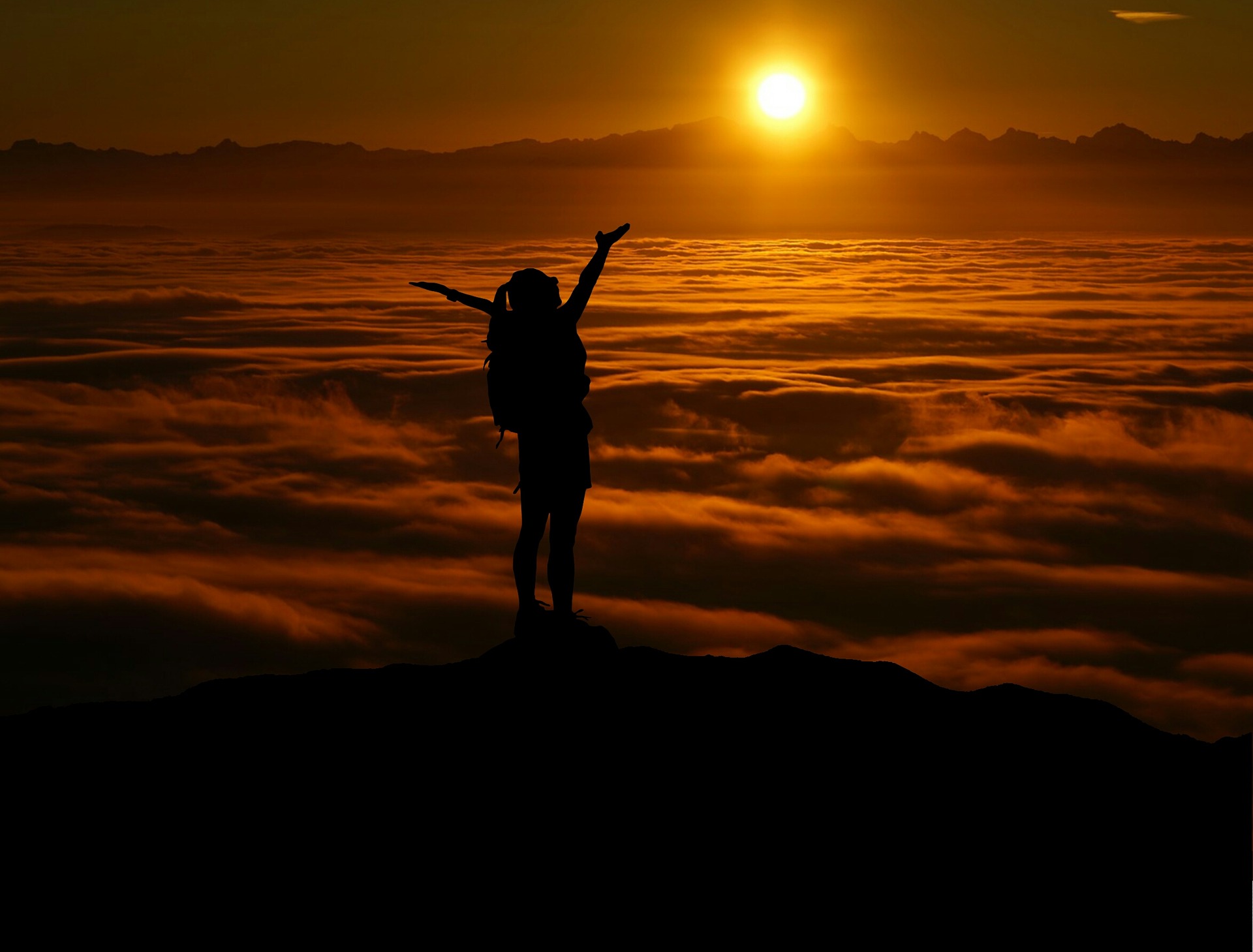 When I was a child, whatever I wanted, I pursued without restraint. I had a drive that couldn’t be matched, and endless excitement for every minute of every day.

My life felt easy and lighthearted.

There were many nights that I would lie awake in bed, unable to sleep, just because I was anticipating the new day that would greet me in the morning. 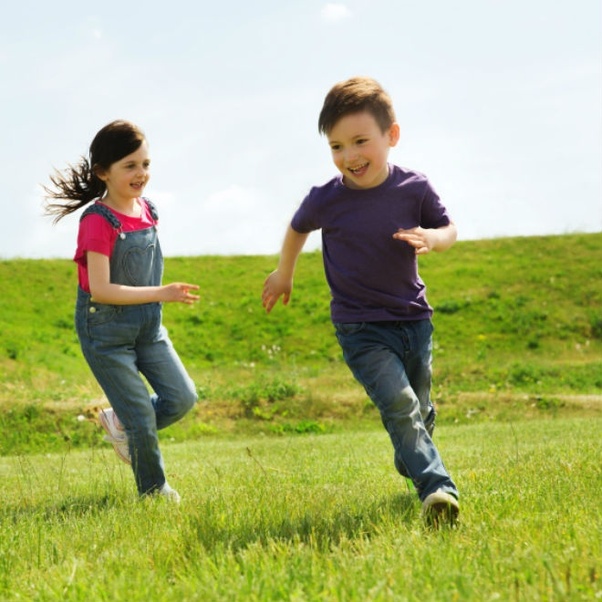 But something is different now.

My life filled up with responsibilities, it wasn’t easy anymore.

Life was no longer days filled with fun and games.

It was like one day, everything needed to be measured by scores, grades, and deadlines.

The sense of wonder and excitement which I had once experienced was replaced with uniformity, fear, and anxiety.

I put things off.

I no longer found joy in things I had once loved.

But the worst part was, I couldn’t get rid of the idea that something was wrong with me.

I questioned myself. Maybe I was too lazy?

Maybe I was too stupid to understand?

Could I be missing the perseverance I needed to reach my goals?

All these questions and self-doubt made me determined to find a solution. Maybe something that could fix me. Give me some drive, some self-discipline, and take away the gnawing uncertainty.

And wow are there solutions out there. Beautiful, step-by-step, this is how you do it, pre-packaged solutions that promised to fix any problem I could come up with.

Tony Robbins, Tim Ferriss, Zig Ziglar, Dale Carnegie and countless more who all were too ready to take my money in exchange for the answer to all my questions.

You could say that was the start of my life as a self-improvement addict.

I spent weeks, then months, then years trying to fix myself. I spent thousands of dollars and still couldn’t shake the feeling that I wasn’t the person I was supposed to be.

After all that money and time, I had nothing to show but a drained bank account and internal inadequacy.

All the work I had put in, and I still felt like the shell of myself, like I was missing the pieces that would have made me whole.

I continued to fight with myself.

I continued to put things off.

Then one morning, as I was trying to figure out what was wrong for the millionth time, it struck me:

I had been so caught up in listening to all of these other people’s ideas, that I had stopped really listening to myself.

I realized then that what I needed wasn’t more ideas on how to improve myself or someone else’s solutions for my life. When you think about it, how much of what we learn each day do we really apply?

The real, underlying problem was that even with all this information and these ideas, no one is taking any action.

Deep down, we really all know what we should do, and how we should do it. But we just don’t get around to doing anything about it.

The realization was so accurate to me, it was painful.

Thankfully, I could hear my inner voice asking me:

“Rob, don’t you think you should be doing something fun? Don’t you think it would be better if you actually enjoyed what you’re doing?”

It’s hard to say exactly how much it affected me to ask myself those questions. Even though I had spent so many years buying in to the over productive and seriousness of the world, today I could finally see past it all.

Then, I started asking myself new questions. Instead of just wondering how I could achieve my newest goal, finish before the next deadline, or reach some shallow level of success; I was now more interested in learning what could make us lose the joy and inner drive that we are all born with.

Every time I asked myself, the answer to my question was that at some point in time we all start listening to what society tells us is important.

When that happened, I became obsessed with the end result, as if the end was the only thing that mattered, and the process it took to get there meant nothing at all.

That made me go through life like I had nothing to lose, and that I must achieve that result NO MATTER WHAT.

I guess that looking back, it’s obvious that this is a horrible way to look at things, but in that moment it was mind-blowing.

When we allow the end result to have power over our happiness and wellbeing, we live in constant anxiety.

We live in fear.

We lose our focus on the passions that used to drive us.

We start to avoid screwing up for fear of failure.

We shy away from obstacles and hard situations.

We put things off because we can’t stand the thought of fucking up.

There are lots of people that might tell you that this sort of investment in the end result is necessary in order to produce our best. They might say that we can’t reach our highest potential without this deep-seated need to achieve.

When we are under pressure to succeed, and feel that the only option is to win, we have lost that organic love for life that we had as a child. Activity does not effortlessly flow like it once did. Instead, we are anxious and overthink every move. We lose sight of the natural inclinations of our own minds.

As time passed, I began to see the differences between physical investment (effort, work) and emotional investment (the need to see an outcome and end result).

I saw that the more I focused on the work that I put in, and the less I thought about the outcomes, the easier and more enjoyable the process became.

I found new and inventive solutions to all kinds of problems I hadn’t been able to solve before.

I found that I had stopped putting things off to the next day, or the next week.

The results that I was producing doubled what they had been before.

Just by staying in the moment and forgetting about the results I wanted, I was having fun and producing even better outcomes than I could have imagined.

I saw that on the off day that I focused on my results, or started worrying about deadlines and productivity, I would start to procrastinate and perform badly, and all my enjoyment was lost.

So is there a way that you can “convince” yourself that there’s nothing to lose, when really there is?

The reality is, you don’t actually have to convince yourself at all.

You don’t have to agree or disagree with what I’m saying.

You don’t have to accept it or oppose it.

But I do want you to see it for yourself.

It’s all that is really important in the end.

What I’m sharing with you is useless unless it’s pointing you in a direction to truly see it for yourself.

You might have bills to pay, a deadline or a class to get a passing grade in. They all seem very important, and real.

After all, everybody knows that wealth leads to success, business results lead to happiness, and status leads to life satisfaction.

But what if everybody has that turned around backwards?

What if joy and happiness actually lead to success, internal satisfaction leads to wealth and our own thoughts form our experience?

But you’re the creator of both thoughts. As you feed and strengthen one, you also increase the resistance of the other.

No matter how strong-willed you might be, it’s a battle that can’t be won.

It is only when you can take a moment outside of yourself and see that it’s really a war in your own mind, that you can stop fighting with it and making it worse.

If I were to give this advice to my past self, I would say:

Hey, it’s okay, slow down for a minute.

You’re going to be okay.

Just let it go and relax for a while.

Stop questioning everything you do.

Stop the constant push to do more and more.

You don’t have to do anything else because you’re already more than enough.

What the world needs is YOU, as you already are, and not what you’re trying to become.

You are filled with so much uncertainty, possibilities and stress in your head that the quiet, peaceful sound of your own internal voice is drowned out with noise.

Anyone would be procrastinating in this scenario.

Anyone would be making bad decisions.

Anyone would lose their love for life.

You see, procrastination isn’t a problem exclusive to you, it’s a part of the human condition.

Just like flowers bloom, people think. We’re thoughtful creatures, that sometimes get so caught up in thinking that our heads fill with noise.

Anyone can get trapped in to thinking too much about the end result and what we think we are supposed to achieve.

So now is the time to give yourself a break.

Let your mind relax and find its way back to the mental clarity and internal peace you once had.

The solution isn’t to push yourself harder and stretch yourself too thin.

The answer is the exact opposite.

Learn to appreciate yourself as you are today.

Forget the stories that you’ve said to yourself about what you think you’re supposed to do.

They’re only that – stories.

Now is the time to let things exist as they already are.

As you learn to allow yourself to exist and be calm, you will notice something change:

You’ll see that you’re suddenly starting to enjoy things again, and that taking action and moving forward is once again effortless and easy.

You never really lost that sense of innocence.

You only thought that’s what you had become.